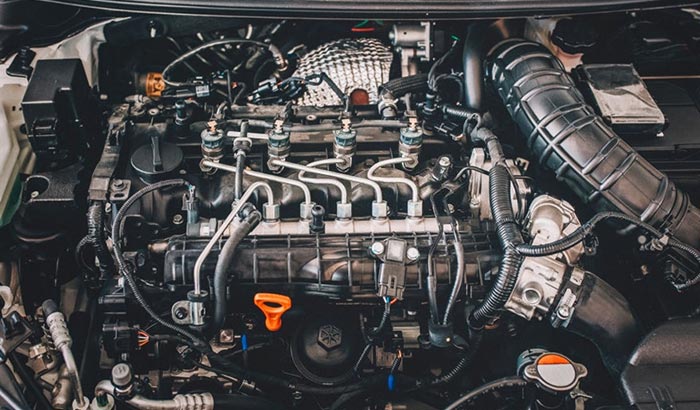 The most common engines used in Jeep Wrangler are the four and 6-cylinder engines, respectively. Although some models use an 8-cylinder but are not as popular compared to the first two.

Answering this question is hard since it is subjective, and other factors also need consideration. Also, choosing which is better depends on the Jeep owner’s preference and purpose of buying the Jeep Wrangler. Both engines also come with upsides and downsides that can affect the preference of every Jeep owner. However, our team wants to showcase the difference between these two engines, and this can only be done by looking at different Jeep Wrangler models that use the two engines.

As we all know, the 2018 Jeep Wrangler JL was released with two engine options, the 4-cylinder 2.0L turbo and the 6-Cylinder 3.6L V6. The 6-Cylinder 3.6L engine has been around for so many years and has shown tremendous reliability in power and gear. This type of engine can produce 285 HP at 6400 RPM while making 260 lbs. of torque at 5800 RPM. This engine is a 220 Cubic Inch aluminum-block engine that is reliable in front of the Jeep. Similar to other Jeep engines, performance modifications are allowed to increase power and performance.

Along with the engine is the 4-cylinder turbo with a mild-hybrid system. It is called a built star generator that houses a 48-volt electrical system underneath the Jeep to help the turbo live.

Testing the Two Engine on the Street

Taking these two engines on rough roads, I can say that the ride in both Jeeps was excellent. Using 33-inch tires dealing with holes and uneven surfaces, you will be comfortable in the cabin for both engines.

Testing the Two Engine on the Trail

Taking the two engines on the sandy trail gives a lot of difference between the two engines. Not using the stability control and using only 2WD proves that the 6-cylinder V6 drives well on the sandy road. You can drift it, fishtailing it, or piling some speed in the sand without encountering significant issues. Meanwhile, the 4-cylinder turbo did not precisely do as I want to with the 2WD on the sand. It could not handle the sand well as the tire kept on spinning and digging the sand down a bit.

Meanwhile, testing the two engines on a rocky road, my impression was they were both at home. There were a few trail rash with the 4-cylinder turbo, and the driving was a bit easier. Meanwhile, navigating with boulders was more fun with the 6-cylinder V6 engine. The gearing was fantastic, and driving it on the rocky condition felt like a great match.

But when it comes to driving on steep hills where the climbing ability of both engines was tested, both of them pass the test successfully. Although, the difficulty of the road challenged the four-cylinder turbo. I feel that the 4-cylinder was made for an easy climb. With the V6, the climb was more consistent, and it gives more control to the driver. I feel that the 6-cylinder V6 was made for this situation. 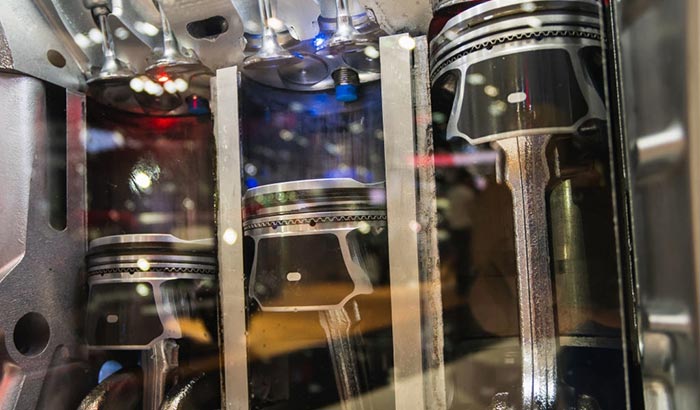 When it comes to the older Jeep models, the 4-cylinder 2.5L and the 6-cylinder 4.0L was the most commonly used engine. Although there were other engines, the two were prominent for the older Jeep models several years ago. But what is the difference between the two? Check on the information below:

4-Cylinder vs. 6-Cylinder: Differences in Transmission

4-Cylinder vs. 6-Cylinder: Torque and Horsepower

There is no difference in the MPG Mileage of a 4-cylinder compared to the 6-cylinder engine. Adding a lift or big tires with your Jeep can affect the MPG numbers, but moving these two engines from two places will use the same fuel types even with different engines.

Meanwhile, a 4-cylinder 2.5L Jeep Wrangler will benefit if you install a complete set of gears, specifically if you plan to use a 33-inch tire. If you purchase a more expensive 4.0L 6-cylinder engine with complete gear sets, it will be more beneficial in the long term, even if you spend more.