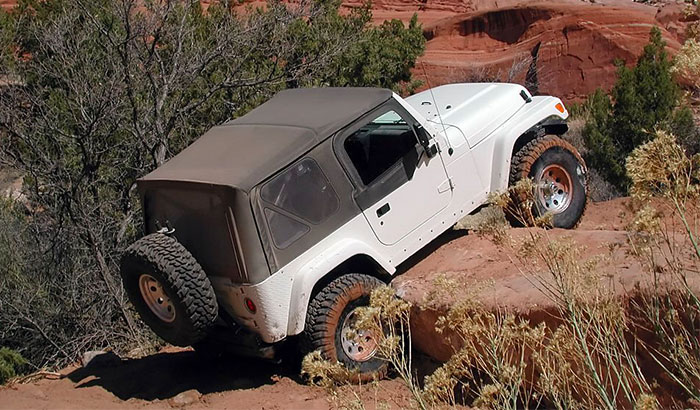 The Jeep CJ and the Jeep YJ are Jeep models that are always connected. In fact, it was the Jeep YJ that replaced the CJ several years ago when the manufacturers halted its production. These two Jeep models are both sports utility vehicles but come with many differences. This article will tackle the difference between Jeep CJ vs YJ and what it brings to the user.

The Jeep CJ is considered the legend of all the Jeep models. After all, in 1944 or during World War II, the vehicle was first introduced. Back then, this vehicle took pride in being light as it allowed people to move from one place to the other quickly.

The most obvious physical structure of a Jeep CJ is its open body. The Jeep CJ also comes with a tapering design and is equipped with circular headlights. Later versions of the CJ come with a part-time four-wheel drive and leaf springs for both the front and rear end.

Many Jeep enthusiasts believe that this particular Jeep model is one of the most successful sports utility vehicles ever made. In fact, up until its production was halted in 1986, there were a total of 14 versions of this Jeep model.

It is also a fact that the solid design of this vehicle was the primary reason that this model’s design was hardly changed until it was halted in production. Most Jeep enthusiasts know that buying a CJ will be expensive because of its classical and legendary status.

It should be worth noting that the Jeep YJ was completely redesigned from the Jeep CJ. It was supposed to be its replacement once the production was halted in 1986. Some Jeep enthusiasts call it a rebranding of the earlier Jeep CJ.

The manufacturers made sure that the Jeep Yj comes with a stiffer frame compared to its predecessor. The result is a more durable vehicle compared to the Jeep CJ. The rear setting area was also enhanced for the protection of the passengers.

With all these improvements, the Jeep YJ was considered one of the most challenging and rugged Jeeps when it was first introduced. It also provides more excellent stability and control for the safety of its owner.

Other features that were added were the wider front leaves in the suspension and a wider track and body. All of these additional features significantly improve the stability. But if you want to distinguish between a YJ and a CJ, you can check square headlights as the obvious feature of a Jeep YJ.

Comparing the Jeep CJ and the Jeep YJ 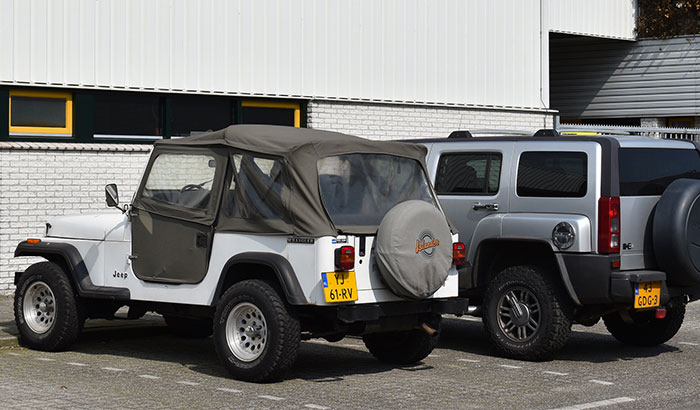 The CJ and the YJ are two different models, although they can be considered icons in all of the Jeep models today. To differentiate these two vehicles, we have listed several features that differ the CJ from its YJ counterpart.

The manufacturer has built the YJ so that it can be a better version of the CJ. So, the most significant difference between the two vehicles is that the Yj is stiffer in the frame, which means more durability and toughness.

Another way to differentiate between these two iconic Jeep models is through its parts. One particular part which is easy to spot is the headlight of these vehicles. The Jeep CJ has been using circular or rounded headlights, while the Jeep YJ is famous for its square headlights.

As I have said earlier, the Jeep Yj is an upgraded version of the Jeep CJ. Meaning, most of the parts are changed for the better. One part that comes with improvement is the rear seating area which has been enhanced to provide more protection to the passengers at the back.
Wheelbase and Ground Clearance

Comparing Jeep CJ vs YJ is just normal for Jeep enthusiasts because these two vehicles are both iconic Jeep models. They are related to each other as the Jeep YJ was the replacement of the Jeep CJ once the production was halted several years ago.

Since the Jeep YJ is the much-improved version of the Jeep CJ, you can see many differences in its parts and features. Those differences include suspension, headlights, frame, and many more.